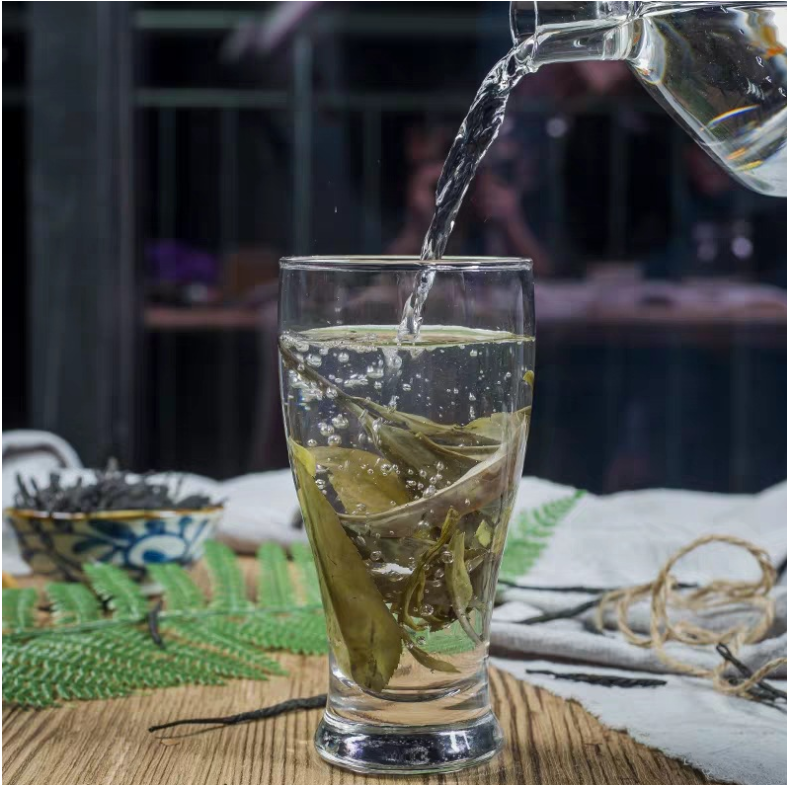 Why it is called as Kuding tea?

The leaves of the kuding plant are twisted by hand to form as a long spike shape, plus the tea liquid is quite bitter, so it is called based on its taste and its appearance.

The Kuding tea is made from the leaves of Ilex latifolia trees, whose leaves are long, narrow and have a rubbery texture. The trees can grow for several hundred years and the trees are mainly grown in Central, Southern China, and some parts of Vietnam. In China, Daxin county in Guangxi province of southwestern China is the main production center for these Kuding tea.

There are many health benefits for Kuding tea, since it has been used as traditional Chinese medicine in China since 1765 and was earlier called Dong Qing(冬青); Based on current Chinese clinical research and lab analysis, Kuding tea contains Kuding soponins, amino acids, vitamin C, Polyphenols, Flavonoids, proteins and so on.

Kuding tea has the traditional function to disperse body interior heat, calm down the headache, clear eyes, and resolve toxin. Besides of these, now more and more clinical research shows Kuding tea can lower down blood pressure, reduce the risk of diabetes, help weight-loss, and anti-cancer as well.

It is widely used to reduce blood pressure and helps in weight loss, mainly reducing retention of water by the body. It improves the blood circulation, removes toxins from the body as it has antioxidants and also helps in digestion of food. The tea is used for improving concentration while working and memory, so boosting productivity. Some people are using the tea for treating various ailments like cold, fever and headache. Respiratory tract illnesses like bronchitis, sinuses can also be treated using kuding cha. However, it is recommended that the person consuming the tea, should consult a doctor if he or she has a medical problem like low blood pressure, is undergoing a surgery.

Does Kuding tea have caffeine?

No, Kuding tea is herbal tea, and does not belong to Camellia sinensis (L.) O. Ktze type. Hence, it does not contain any caffeine, tea polyphenols.

Our company has over 15 years of tea manufacture and export. All of our Kuding tea are from our cooperated tea farmers in Guangxi province.

There are some primary competitive advantages of our company's kuding tea:

1. Basic Advantage: We have our own tea plantation base, which has a competitive price, for bigger quantity, the price can be more lowered;

We are the professional supplier of kuding tea. If you want to buy kuding tea for wholesale or retail, pls contact us directly.

Guangzhou Runming Tea has teams of skillful, experienced sales staff with over 10 years experience in tea and exporting.

Having our own tea plantation bases and preliminary factories in the famous tea-growing areas in China, we strictly control over every tea-making process to guarantee our Maocha’s quality, taste, aroma & appearance.

Besides, we also have our own high sanitation, traceable tea refined factory in Guangzhou, including the packing workshop, pyramid tea bag OEM workshop, Matcha To Go OEM workshop, etc. For the health of human, we always advocate organic life attitude, and devote to be the advocator and leader of organic teas.

Pls feel free to contact us if you have any questions/inquiries. We look forward to hearing from you!