Have you ever heard of puer tea? Puer is a traditional Chinese tea manufactured mainly in Yunnan from dried (sun-dried) green tea and its pressed products. It has deep reddish-brown color, with mellow and earthy taste. There have been three types of puer tea sold in the markets which include, Puer tea, Puer tea bags, and pressed Puer tea.

Just like other types of teas, puer tea has caffeine. Pu erh tea caffeine is the bitter alkaloid found in tea, coffee, and cocoa responsible for the stimulant action. There have been raised concerns about puer tea and the relation to caffeine content. Studies have shown that consuming puer tea is highly beneficial. Though too much has the potential of bringing pu erh tea effects.

Staying safe during pregnancy is a precedence. This is where the question pops. Can pregnant women drink puer tea? Puer tea isn't damaging to pregnancy in great amounts. With the freedom of drinking it doesn't mean one should drink in excessive. During pregnancy, it's vital to pay attention to diet. The main reason being, whatever is consumed is transferred to the unborn child. When taken in right amounts, this beverage can be beneficial. It contains polyphenols that protect the heart. Polyphenols have antioxidants which improve immunity and lower inflammation risks. It also has vitamins and minerals that improve general health in the body. Pur tea has water retention properties which relieve swelling of legs, morning sickness and back pains accompanied by pregnancy. It's also a good digestive aid during pregnancy.

Puer tea does come with a range of side effects which include osteoporosis (a medical condition causing bones to be fragile due to calcium/ vitamin D deficiency caused by hormonal changes), high blood pressure and accelerated heart rate. Caffeine in puer tea increases the amount of calcium flushed out via urine. These can be damaging to your unborn depending on physiology. Too much caffeine can cause premature delivery, miscarriage, and low birth weight. If on medication during pregnancy, it's vital to check with your physician if caffeine interacts with any of medications given. Also, consult your doctor about your dietary needs and that of the child.

1. Pre-warm your tea sets. This is done by pouring boiled water into the teapot, cups, and tea filter. This ensures that the tea sets are clean, and also keep them warm to enable tea to retain its ideal temperature.

2. Rinsing is then carried out by putting tea into the teapot and pouring boiling water. The water should cover the tea. This process wets the tea and removes any impurities acquired during production or storage stages. It also wakes up the flavors so that you can enjoy the real flavor. Rinsing should take 2 to 3 seconds. Ripe puer tea is rinsed once, while raw twice. The water is then discarded as it's not meant for drinking.

3. Brewing is then carried out. Use hot water of about 2120 F. Pour approximately 100 milliliters of water into the teapot. Wait for about 3 to 10 seconds before tea properly brews. Time was taken to brew depends on taste preference. If a stronger taste is preferred, then the brewing time is increased. 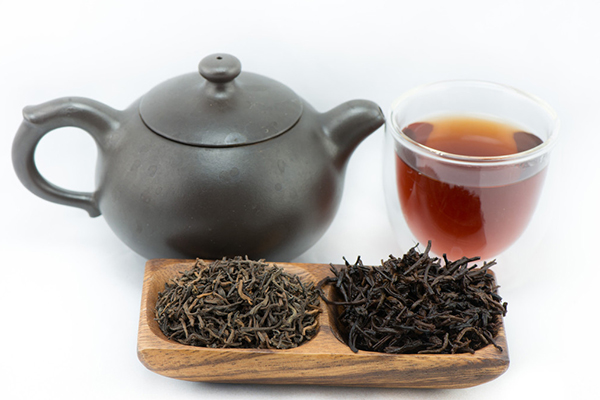 Puer tea doesn't require long brew time compared to other teas. While brewing, bubbles that form are brushed away using the teapot lid. When pouring the tea into a cup(s), the tea leaves are strained. The strained tea leaves can be kept for re-brewing. When re-brewing, most people prefer doing it for not more than 5 seconds. Re-brewing can be done for almost 20 times. Brewing is done in the touch and goes style. That is, as soon as the hot water is poured into teapot containing tea leaves, the lid is closed immediately, and the brewed tea is poured into the cup(s) while straining. For health considerations, it's better to drink light brewed instead of strong puer tea.

Moderation in drinking puer tea during pregnancy is important. Drinking not more than two cups will be okay. It also depends on physiological and metabolism of each person. It's important to note that puer tea isn’t that damaging. Regulation is important while taking the puer tea because it's hard to quantify when issues will ensue and what will be their cause. It will be in order to consult your doctor and get their approval, to be in a position to enjoy your puer tea. With the above benefits and side effects of puer tea, then the question. Can pregnant women drink puer tea? is most likely answered. It's good to work hard to access the best results that ensure your health and that of the baby growth during pregnancy isn't affected.

Pu Erh where to buy? This is a question for puer lovers to think. Runming Tea Co.Ltd is a professional supplier of puer tea. We have our tea plantation. Why not choose us? Maybe we are a good choice for you.